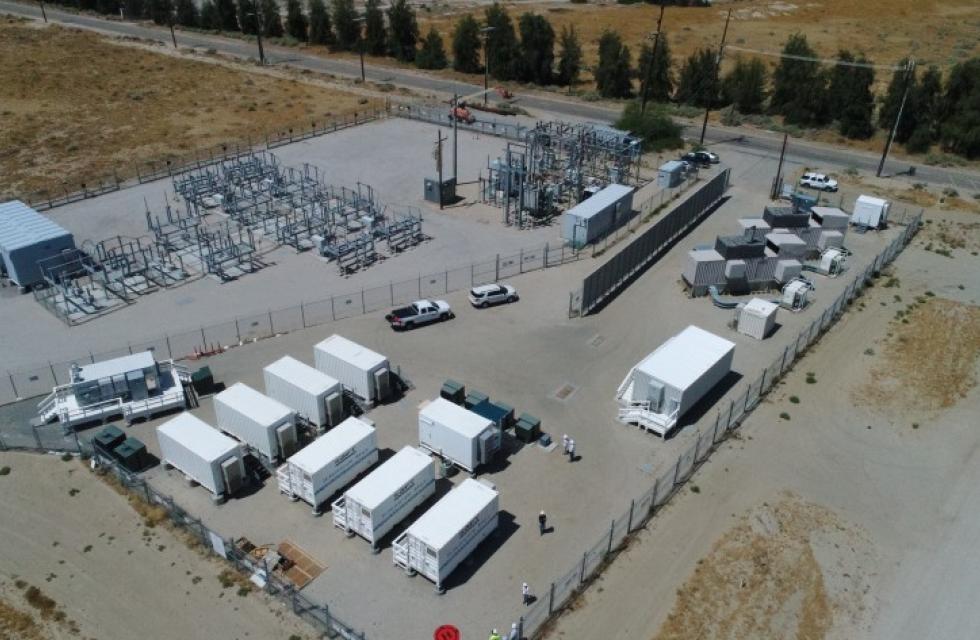 From the San Diego Union Tribune

With an eye on integrating more renewable energy sources as well as making the electric grid more resistant to wildfires, California has made it a priority to develop microgrids that can allow communities or critical facilities such as fire stations to power themselves independently or in parallel to the grid.

San Diego Gas & Electric operates two microgrids and its largest, located in the desert town of Borrego Springs, recently received a $4.5 million grant from the U.S. Department of Energy’s Solar Energy Technologies Office. The money will go into upgrades aimed at reducing the use of the site’s diesel-powered generators so the facility can run 100 percent on renewable energy.

“There’s a lot that we can do (in Borrego Springs) and leverage the green energy that’s available out there,” said Laurence Abcede, SDG&E’s distributed energy resources manager.

Prior to 2013, Borrego Springs relied on just one transmission line and distribution circuit for its power. Seven years ago, a microgrid was installed that is connected to a local 26-megawatt solar field, two battery storage systems, two diesel-powered generators and an ultracapacitor that keeps power flowing when planned outages and emergencies cut off electricity to the town.

The microgrid also uses more than three megawatts of rooftop solar owned by customers in Borrego Springs and charges the batteries during the day when sunshine is plentiful.

The diesel generators are reliable but they produce pollution. Transitioning to purely renewable energy can be tricky, though, because voltage conditions can sometimes be unstable and solar energy does not produce power at night and on cloudy days its output can fluctuate.

The $4.5 million grant will be used to purchase smart power inverters, controls and a state-of-the-art management system.

The SDG&E team has partnered with the National Renewable Energy Laboratory in Golden, Colorado, to model a system using super computers to help make the Borrego Springs upgrade a success.

“We’re going to be spending the first year alone on just modeling a study before we deploy anything into the field — to make sure that we really are going to put something out there that is really going to work,” Abcede said.

By 2023, the team will look to demonstrate the ability to “black start” — shut down and then quickly restart — the Borrego Springs microgrid using renewable sources only, rather than using its two 1.8-megawatt diesel generators.

“The ability to separate ourselves from the electric grid and basically run off the sun, utilize the surplus to store excess energy into the battery systems and in the evening hours utilize those batteries to maintain resiliency to critical infrastructure within the community, I don’t know anywhere else where that’s being done,” Abcede said.

The plan is to eventually use the diesel generators only for long-term outages or if the batteries fail.

“Today’s successful test of the grid highlighted our ability to operate and keep the air station running should our local power providers become unavailable,” Col. Charles B. Dockery, commanding officer, MCAS Miramar, said at the time.

The threat of wildfires have also made the growth of microgrids a more pressing issue because of their ability to operate — or “island,” in grid parlance — autonomously.

Utilities have come under criticism for using “Public Safety Power Shutoffs” that de-energize power lines to prevent downed lines from igniting a wildfire when winds whip up in high-fire threat areas.

Pacific Gas & Electric came under fierce criticism last year after the power company cut power to more than a million customers during a series of high-threat incidents in its Central Northern California service territory.

SDG&E de-energized lines four times in 2019, affecting about 27,000 customers at peak deployment. The utility looks to reduce the number of shutoffs this year by 30 percent this year.

Locally, SDG&E operates also operates one other microgrid — a 1-megawatt/3-megawatt-hours facility in Carmel Valley at the Canyon Crest Academy, which is much smaller than the installation at Borrego Springs.

The company plans to construct four more microgrids by the end of next year, as part of its Wildfire Mitigation Plan. SDG&E officials expect the four projects will cost between $11 million and $19 million, including the cost of the land, paid through customers’ rates.

To date, the cost of the Borrego Springs microgrid is $30 million — $17 million from ratepayers and the remaining $13 million paid by the Department of Energy and the California Energy Commission.

Borrego Springs has a permanent population of about 2,800 but during the winter when tourists and “snow birds” from northern climes arrive, the population can swell to between 10,000 to 15,000.