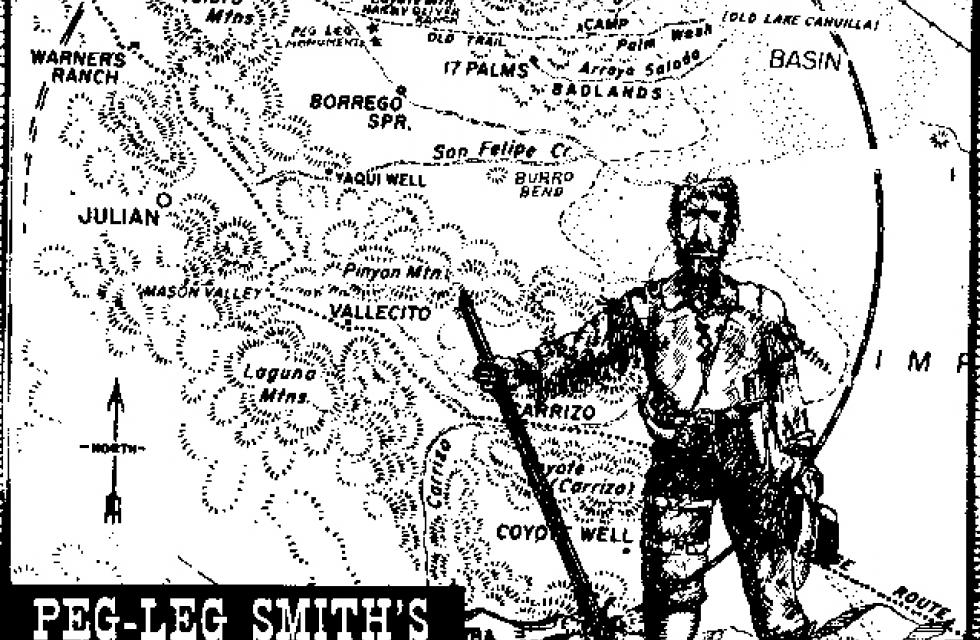 Every year, the Anza-Borrego Desert State Park attracts storytellers from all over the globe to compete in the annual Peg Leg Smith Liar’s Contest. The festivities begin at dusk. Bring a lawn chair and refreshments and get ready to enjoy a night of fun, and it’s free! This hilarious contest honors Thomas ‘Peg Leg’ Smith, a gold prospector and master in the Western tradition of telling tall tales. Amateur raconteurs can follow suit as long as the story is about lost gold and/or Peg Leg Smith is less than five minutes long and is anything but the truth. All comers are welcome to enter the contest. Judges award points for originality, props, costumes, presentation, and whether Peg Leg or lost gold is included in the tale. Points are deducted if Peg Leg or lost gold is not in the story or if Peg Leg “Pete” is mentioned – a phony Peg Leg not connected to the real story.

Who was Peg Leg Smith?

Thomas L. Smith, better known as ‘Peg Leg,’ 1801-1866, was a mountain man, prospector, and spinner of tall tales. Legends regarding his lost gold mine have grown through the years, and countless people have searched the desert for its fabulous wealth. The mine could be within a few miles of his monument.

Born in Crab Orchard, Kentucky, Smith ran away from home as a teenager to work on a flatboat on the Mississippi River until reaching St. Louis, Missouri where he began working for John Jacob Astor as a fur trapper with other mountain men such as Kit Carson, Jim Bridger, and Milton Sublette. Smith later accompanied Alexandre Le Grand’s expedition into New Mexico as a scout, later learning several Native American languages. During the expedition he was shot in the right knee. The wound, resulting in an infection forced the amputation of Smith’s right leg below the knee. It is said that he performed the operation himself, almost completing it before passing out from blood loss and shock. He then had to use a wooden leg from which he later earned his nickname. Following the expedition, Smith became a successful fur trapper despite his handicap, later relearning how to maintain his balance while riding a horse. By 1840, with the decline of the fur trade, Smith began kidnapping Native American children to sell as peons to Mexican haciendas. When the local tribes began searching for him, Smith fled to California, where he would become a horse thief for the next decade. In one incident, Smith guided around 150 Utes under the leadership of Walkara across the Sierra Nevada, stealing at least several hundred horses from Mexican ranchers. Joining Jim Beckwourth and “Old Bill” Williams, Smith helped establish the largest horse theft operation in the Southwest until authorities eventually forced the gang to break up in the late 1840s. Smith traveled to the Chocolate Mountains and possibly the Santa Rosa Mountains, or the Borrego Badlands where, after several years of prospecting, he was forced, by local tribes, to escape the area. Claiming he had discovered a large amount of gold-bearing quartz, Smith sold maps and claims to other prospectors of a mine known as the Lost Pegleg Mine until his death in a San Francisco hospital in 1866.

The actor Ralph Sanford portrayed Smith in “The Lost Pegleg Mine” (1952), the fourth episode of the syndicated television anthology series, Death Valley Days, hosted by Stanley Andrews. In the storyline, Peter Trumble (Gil Frye) (1918-2000) is competing with Jeanne DeCourcey (Gloria Eaton) in a race to find the lost mine.