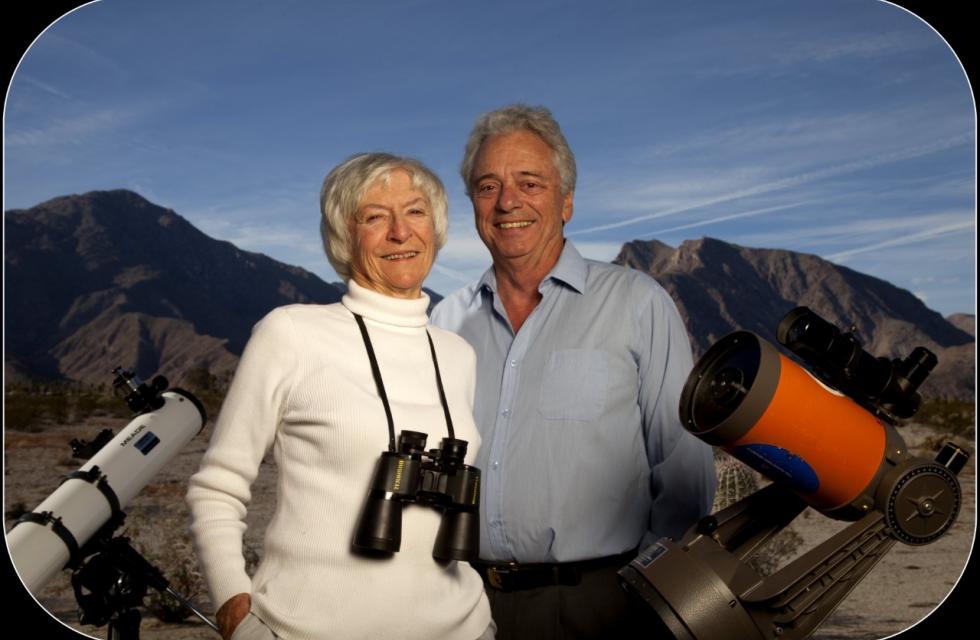 “Back in 1980 at Clark Dry Lake and via radio telescope array, we discovered millisecond pulsars, highly compressed and rapidly rotating stars (up to thousands of spins per second) outside our solar system but still within the Milky Way Galaxy. We and fellow scientists termed the first radio signals, pinpointed to a definite location, as “LGM” (Little Green Men). We were seeing anything-but-random radio noise in the sky, and the purpose of the signals was questionable, ruling out everything but extra-terrestrial origin. In 1982, Don Backer from UC Berkeley confirmed our discovery of stars rendered pancake-flat by their tremendous rotation speed.

“We’ve held star parties in Borrego Springs for 30 years, giving Borregans and visitors alike the opportunity to more fully appreciate our dark skies. We also helped start up the Dark Sky Coalition, instrumental in acquiring the designation “International Dark Sky Community” and culminating in December 2019 during a 10th anniversary celebration at our new Library complex.

“One of the most spectacular sights in the night skies of Borrego occurred back in 1982 – the Aurora Borealis. Because it happened at a peak in sunspot activity when charged solar particles interact most strongly with our magnetosphere at the poles, the aurora showed up reddish in color over the Santa Rosa mountains – for a full third of the horizon – and it lasted for about 30 minutes. The next sunspot peak will occur in 2024, so don’t miss perhaps another Aurora Borealis experience here in Borrego!"